Can’t win them all

Posted on January 5, 2018 by holidaymistake 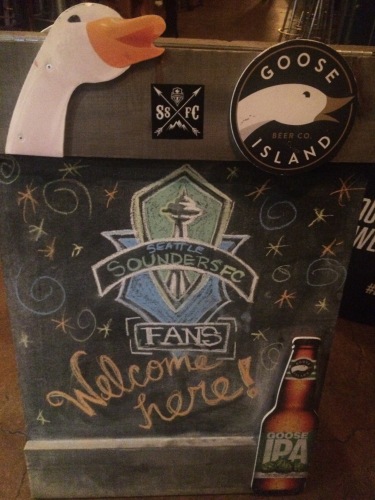 For the second year in a row our beloved Sounders have made the major league soccer finals in against Toronto football club. We went to Toronto last year and the Sounder were lucky to pull off a victory. We have been season ticket holders since 2001 and knew championship games are rare and it may never happen again, we were wrong.

As the Sounders stormed through the playoffs this season we still weren’t planning to go if they made it to the finals this time. After all we went last year. Plus flights, game tickets would be difficult to get and it hard to top the experience of last year. But in the stands in Seattle as the minutes ticked down on the final playoff game, and it became clear that it was going to be a Sounder’s victory, slowly our mindsets started to shift. H started to muse, “we might be able to get flights on air miles and maybe I can get Monday off.” Even so, we had plans that coming weekend and it would still not be easy to get tickets, so we were still leaning against it.

The game ended and indeed our Sounders were going to the championship game again! As we cheered, celebrated and jumped around, our good friend with connections to the Sounders came to find us. “I can get you tickets for Toronto!”

We got the red-eye out of Seattle on Friday to Dallas then to Toronto. Not the most direct route but the only option. We landed at Toronto at noon. Train to hotel, check-in, shower, 1:30. Quick lunch and we met our friends by 2:30 for some pre-game ‘Loose Moose’ beers and off for the 4:00pm kickoff!

The Sounders were in trouble from the beginning. Toronto was laying siege on our goal and our keeper had to basically do somersaults to keep the ball from going in the net. We were lucky it was still 0-0 at half time.

Things didn’t change in the second half and a relentless Toronto scored in the 66th minute. Sounders struggled to get the equalizer, but to no avail. Toronto scored again in extra time and when the final whistle blew the local fans went wild. The better team had won on this night. A shame but I don’t get over-emotional with these things, it is only a game after all.

We spent a wonderful few days touring around Toronto seeing the sites and getting some rest. We actually stumbled across the Championship parade through the streets of Toronto with the team riding high on massive trucks. There were some very happy Canucks lining the route, I was glad for them, it was their time. Plus the people of Toronto and the fans of their team were great to us again. 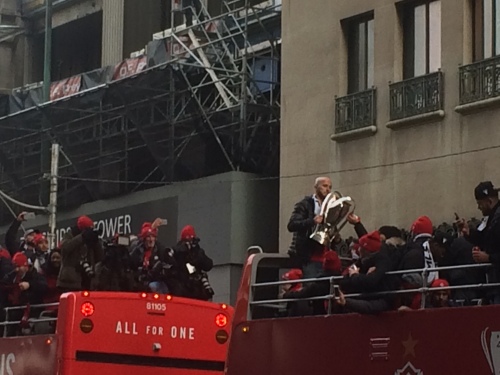 We said that this is the last MLS championship game we will travel to. But there is always next year and so never say never.