Posted on January 16, 2016 by holidaymistake

We arrived in town late in the afternoon. Main Street was closed; lined with stands selling T-shirts and funnel cake, carnival rides and a stage at the end of the street, loud with country bands. It felt like a small town 4th of July celebration… 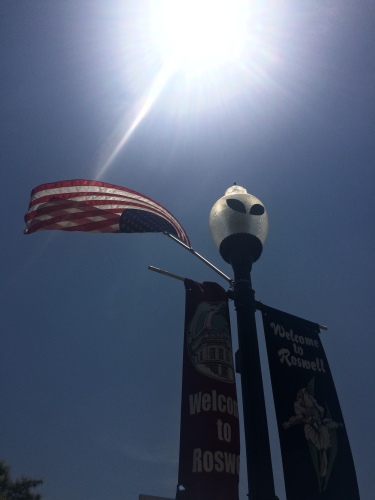 …With one big difference; the overlying alien theme: alien street lamps, alien beer, millions of alien T-shirts. We were at the twentieth annual UFO Festival in Roswell, New Mexico.

A strange town, a strange festival, in the middle of the desert. 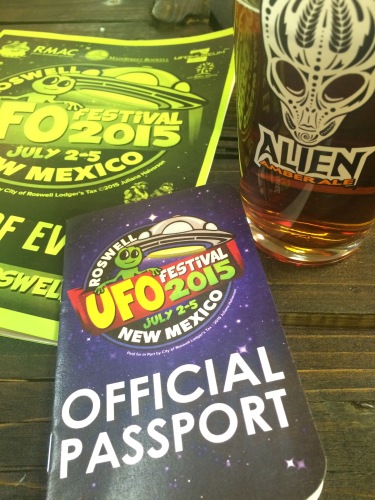 It has been 62 years since a flying saucer crashed on a remote farm outside Rowell. Aliens were taken from the crash site to the local Air Force, or so they say. Regardless of the validity of this incident, the town embraced this supposed invasion and ran with it; hosting an annual alien festival where everyone is a legal alien.

We spent the rest of the afternoon wandering through the usually sleepy town, transformed into an alien Disney land. We met Miss Roswell and her small dog.  We drank a glass of Galactic Cabernet wine. And my favorite, visited The Prepper Stop; a survivalist booth selling everything you need for the upcoming apocalypse. I love talking to these doomsday believers. We chatted about gravity water purification systems and gas masks, which he was already sold out of, his biggest seller. 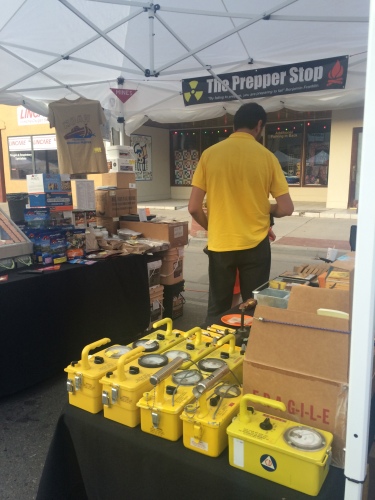 We watched the alien parade that evening. It was short and sad, a few aliens on strange bikes, a few half dressed-up kids. I thought nothing could save this poor parade.

Until a small beat-up pick-up truck passed by. In the back were three people dressed as aliens, one with a mega-phone, the other two dancing about with their arms raised. As they passed, I realized he was reciting bible verses full volume. It became apparent that he was a reverend dressed up as an alien preaching the virtues of The Lord to confused onlookers. But of course.

The following day was the Fourth of July and our eleventh wedding anniversary. So we got up early to go to the Alien Pet Costume Contest. Isn’t that what everyone does on their wedding anniversary? I wasn’t that keen and was protesting hard, but to no avail. We were going.

It wasn’t even noon yet, but it was hot. Everyone was in shady spots; under umbrellas, under trees. Everyone but the poor animals dressed in ridiculous outfits. It was mostly little dogs, but there were also a few unhappy cats in costumes, on leashes. There were also a painted pair of goats dressed as flying saucers prancing across the blazing hot asphalt.

A little black mutt dressed as the Marvin the Martian from Loony Tunes got the gold. The whole thing was rigged! The goats should have won, obviously. 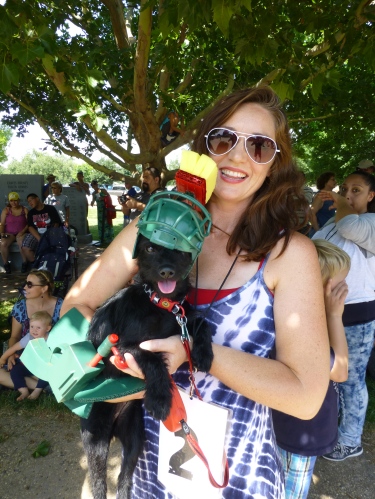 We left Roswell with a million photos, multiple alien t-shirts and a new understanding of alien probes and abductions. I love a good conspiracy theory, especially one involving government cover-ups and aliens. I’m not sure about the Roswell incident. But I do look at the night sky a little differently now.