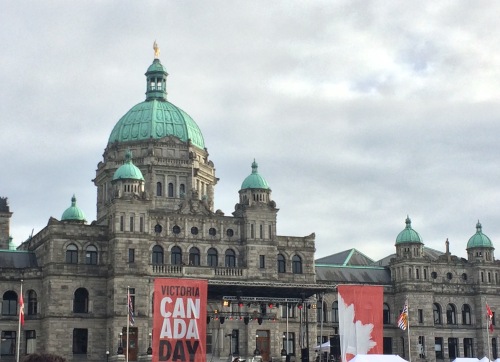 We were in Victoria BC for my friend’s surprise birthday party, which happened to be on Canada Day. On July 1 1870, Canada and England made a gentleman’s agreement and parted ways and what we know now as Canada emerged. It wasn’t celebrated at first, but now it is almost as popular with Canadians as the NHL Finals as a Holiday; there were fireworks over the harbor and so the streets were filled with celebrating Canucks.

We passed a local bar I vaguely remembered, Big Bad Johns, and had some time before the party, so we stopped in for a refreshment. The dingy, dark wood-paneled bar had a floor covered with peanut shells, bras hanging from the ceiling signed by their previous owners and bar stools filled with hardened drinkers. Craft cocktails here? Jack and coke. 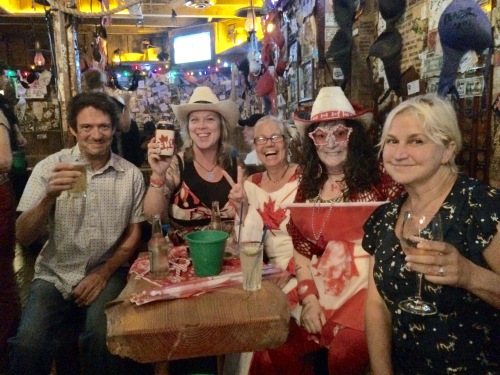 An old woman slowly walked through the bar with a white cane, tapping it back and forth in front of her. I didn’t think much of it. Some time later, classic rock came on the jukebox and the blind women wandered by with a shaggy, hobo-chic man. She suddenly grabbed him by the hand and started dancing furiously. Drunken patrons cheered and clapped. Screeching at top volume, she pulled and spun the stumbling man. I wondered where the cane went.

A loud man with long greasy hair was at the bar cutting the sleeves off a bar T-shirt. He then took off his own CBGB shirt and gave it to a random women standing next to him. I (and she) had no clue what was going on there, but an unfortunate thing; he forgot to pull up his pants. One of those things, once you see it, you can’t un-see it. 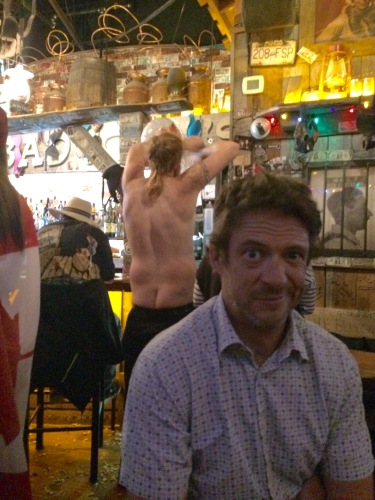 When it was time to leave for the party, I was reluctant; This was the kind of place where you have no idea what was going to happen next. The night was young and I think the craziness had only just begun; The one thing in common with all the riff-raff in this bar: It was Canada Day and they were ready to party. 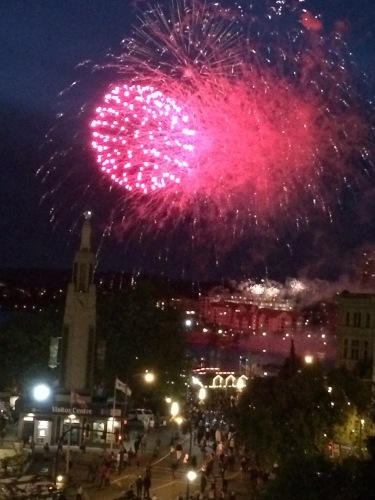