Posted on April 4, 2016 by holidaymistake 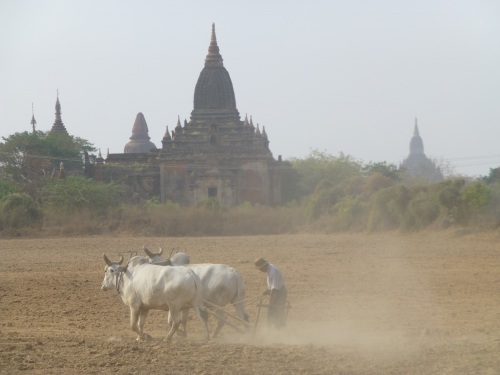 It didn’t take long for us to realize that Myanmar is from a different time and dimension. After decades cut off from the rest of the world by oppressive military juntas, it has finally opened up. We visited Cuba in 2008 and hoped that Myanmar would be the Cuba of Asia. It was as advertised and we were not disappointed. 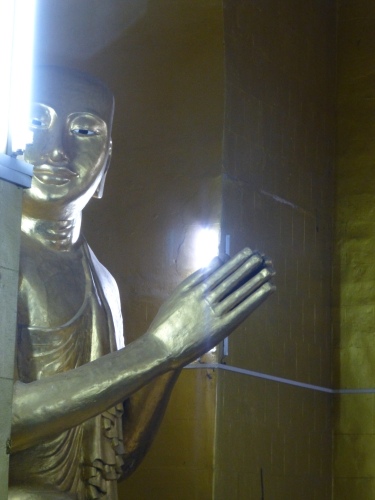 We landed at the desolate airport an hour outside Mandalay and caught a cab to town. A bumpy asphalt road, then a dirt road, past ox carts, grass huts and large open air markets; this is the main road to the city. 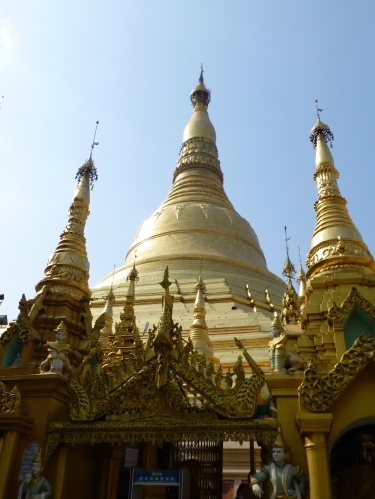 The countryside is littered with Buddhist temples; Pagodas. Some new, some thousands of years old. Some shiny, some in ruins. Some massive, high on mountain-tops, some tiny in village squares. They all had a statue of Buddha in some form and condition, some had armies of Buddha statues. We must have visited over a hundred and they were all unique in their own way. 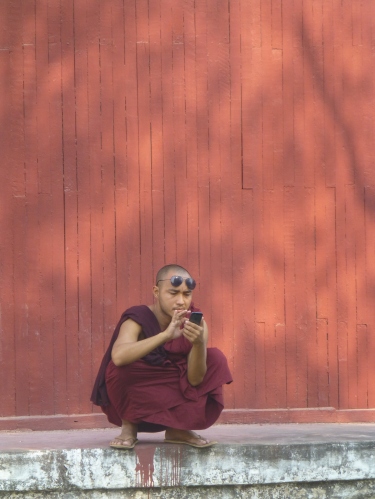 Buddhist Monks are revered by the people and are the spiritual foundation of society. Barefoot in dark crimson robes, they are everywhere. In the Pagodas, on scooters on their smart phones. They start their studies at a young age and we would often see groups of five and six year-old-monks running around. 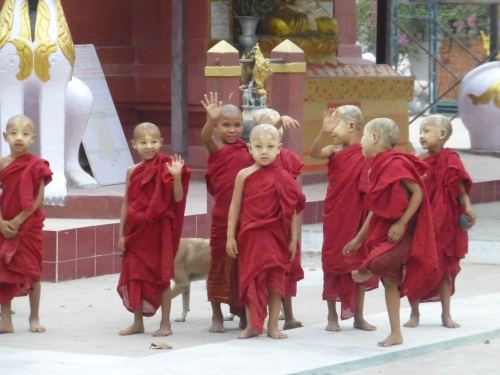 The women and children wear a white paste on their face made from thanaka tree bark, It’s used to protect them from the sun and form of make-up. The men and boys walk with their arms on each other’s shoulders. A shy yet friendly people. 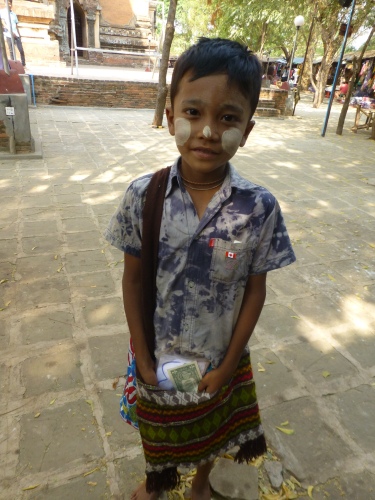 Burmese are not used to seeing Westerners. Women and children stop and stare as we passed and snap pictures of Helen’s blonde hair when she isn’t looking. They sheepishly approach and gesture to have a picture taken with us. We nod and the floodgates open; they line up! The children have no idea what to make of us, they nervously look at us as photos are taken. After, they look at the pictures screeching and laughing. 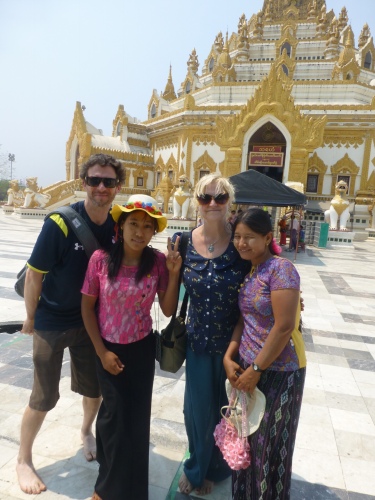 Kipling was right; Myanmar is a place like no other I have seen. A magical place yet unspoiled by the outside world and bus-loads of tourists. The infra-structure is terrible, the poverty is evident, the people lovely. Hopefully as the new government takes it’s place, the peaceful transition to democracy continues for the people of Myanmar. 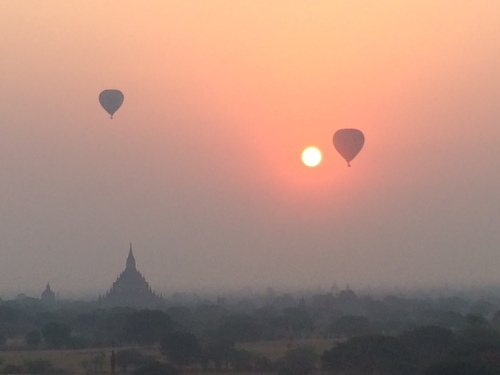 Balloons over Bagan at sunrise