I took my solo kayak trip to the west coast of Vancouver Island a few months ago. Middle of nowhere, it was a 90km funky logging road drive to my launch. Probably should not have done it at midnight. Oh well, I made it.

After a quick nap in the car I was on the water early. I spent four nights kayak camping in the Deer Group Islands, camping on small islands in the Barkley Sound. Very remote, totally off the grid, no cell phone reception. I love being off the grid, it makes it feel more like an adventure; just you alone in the woods with no contact with the outside world. 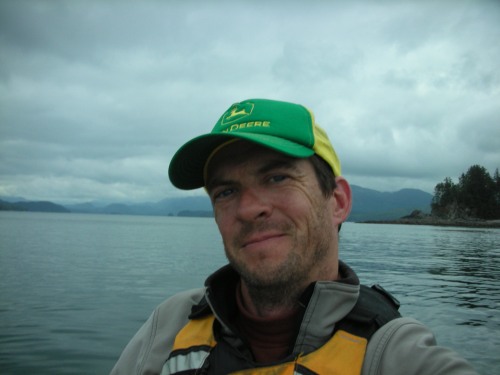 This is an interesting area to kayak because it is on the exposed coast and the huge swells from the Pacific roll through the islands. It’s a little disconcerting sitting in your kayak and seeing these large swells that are well over your head bearing down on you. No problem; you just bob like a cork up and over the wave. You also have to paddle far offshore to make sure you’re well away from where those monsters are breaking.
The weather was great; It didn’t rain on me. I can’t remember the last time I went kayaking in the Northwest when it hasn’t rained. The winds were predictable, Picking up in the early afternoon. I would do the major kayaking in the morning and read on the beach in the afternoon in the sun, when the winds started. Can’t complain. 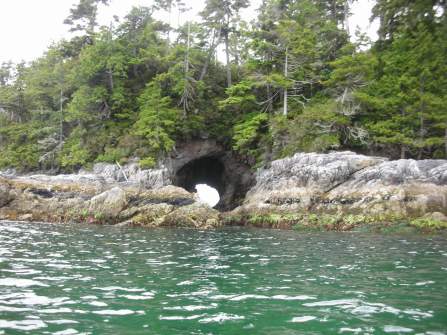 The coast is classic Northwest, wind-blown and rugged from the abuse of the Pacific and this area is known for its large sea caves hiding in the cliff bands along the shore.

The camping was great staying on these small islands. I had them all to myself except one night when I camped with some old school local kayakers that had good stories and info about the area. Each one of the islands had a small population of Columbia deer; a midget deer that could swim between the islands, very strange-looking; like a normal deer but the size of a large dog. There were also martens that would do laps around the island looking for food in the intertidal zone. How did weasels get such a bad name? These guys were super-cute, all ginger-colored and frolicking about. 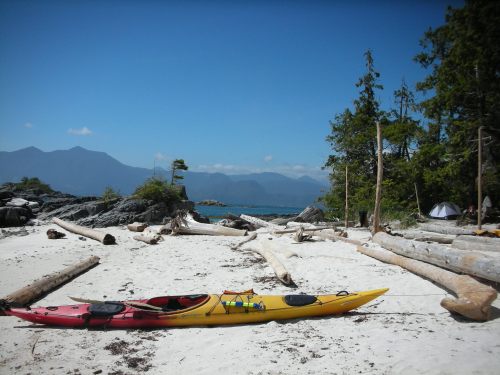